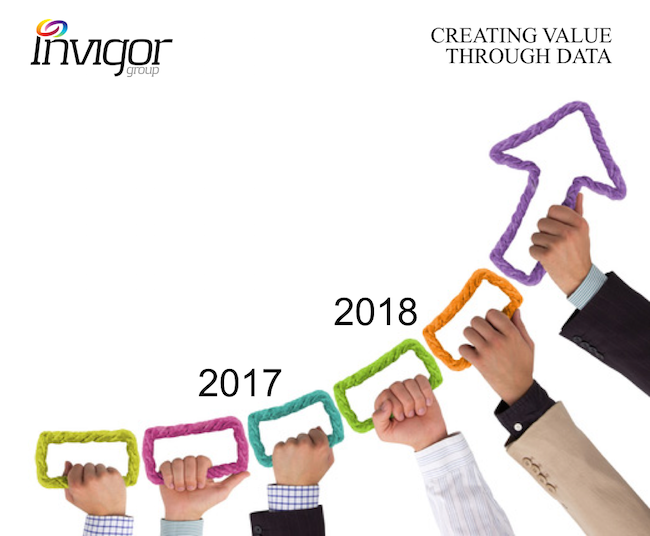 At Invigor Group (ASX:IVO) we are pleased to advise we are ending 2017 with very positive signs. As a result of some successful strategic operations and by winning new customers including major brands and retailers in multiple industries, Invigor has further strengthened its customer footprint in Australia and Asia.

The popular group of websites Next Investors Group has recently published an article in its web Next Tech Stock, which makes a comprehensive review of Invigor Group operations in the last year. Read full article here.

It is not by chance that Invigor has gained market confidence. As the famous artist Pablo Picasso stated once: “Inspiration exists, but it has to find you working”. In the last 6 months there have been a sequence of successful strategic operations including new acquisitions, capital raising, and major contract wins that has made us be very optimistic about 2018 and coming years.

Analysing only the last 2 months the company has had no shortage of good news. Last October Invigor announced that IVO’s Condat business had secured A$ 1.25 million in new contracts with German public broadcaster RBB and performance rights agency GVL. November was also a very successful month for the company securing 2 new contracts with major brands Wine Accolades and Asahi Beverages. Invigor has integrated its module Invigor Retail , a competitive price monitoring and data insights solution. During the same month, we have experienced a 33% increase (over the three months prior) in revenue generating contracts for our Saas mid-tier pricing platform SpotLite.

The company has also consolidated its position in Asia Pacific region with the acquisition of Sprooki last April, adding new solutions in loyalty and engagement. As an example of the value added by Sprooki, last Novemeber the company has secured a new contract with Ayala Malls, a division of Ayala Land in the Philippines. The Invigor Loyalty module will be deployed in the newest Ayala Mall property. There are some other significant achievements that deserved to be mentioned such as an MOU agreement with Microsoft, which included the optimisation of Invigor Shopper Insights on Microsoft Azure, in addition to previous partnerships with eBay or GoDaddy.

To know more about Invigor Group operations in the last year we strongly encourage you to read the article published by group Next Investors Group. Read full article here: “IVO’s plan to turn contract momentum into ongoing revenues”